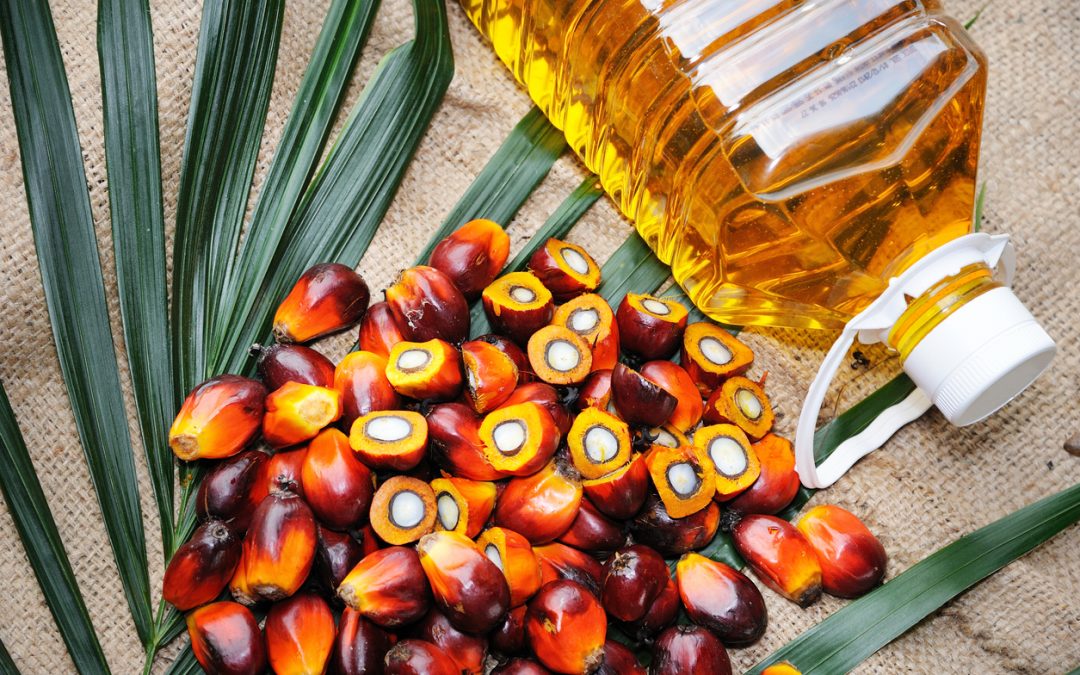 Did you know that palm oil is the main fat used in over 50% of the products you see in major stores today? It’s used in many processed foods, such as bread, pastries, cereal, peanut butter, chocolate and margarine. It’s also used in personal products like shampoo, cosmetics, cleaning products and even biodiesel fuel. What do you know about this popular fat?

I’ll admit, I knew almost nothing about it. That was until I started having a personal experience with it.

About 10 years ago, I started having issues with my gallbladder. The only option offered to me by my conventional primary care provider was to have my gallbladder removed. I didn’t have stones or other signs of gallbladder disease, I simply had a great deal of inflammation. I knew I could deal with that.

I ate a low fat diet for awhile (the gallbladder is directly involved in the digestion of fats), ate loads of green vegetables and dandelions, used bitters before meals, and took great care of myself overall. And, my symptoms reduced and after several months, I could go back to pretty normal eating.

That was until I started coming into contact with foods that contained palm oil. I noticed it first with a frozen pizza. It caused a full on gallbladder attack. I saw palm oil on the label and just avoided that brand.

Then, about a year ago, my husband went gluten-free for awhile. We bought some gluten-free packaged foods. I munched on a few and boom-another gallbladder attack. And….guess what…palm oil again. I started paying attention to labels and since I generally eat a “real food” diet anyway, it hasn’t been a big deal.

Until, last week. I bought a cake mix for a birthday. I used the mix for ease and made a homemade icing. It was a beautiful cake (if I do say so myself). When I ate it, I had another major gallbladder attack. And once again, a main ingredient was palm oil.

This got me curious. What is up with this oil? I knew it came from the fruit of palm trees. I knew they grind and press the fruit to get the oil. Natural, right?

Well, yes and no. As with all things I get curious about, I started investigating.

I found many articles about palm oil. I found out that after the oil is pressed, it undergoes a fractioning process where the liquid portion is removed by a crystalizing and filtering process. The solid part is then bleached to become the ingredient that is used in so many products here in the U.S.

During my palm oil studying journey, I came across a film called, “Appetite for Destruction: The Palm Oil Diaries“. Fascinating! Documentary maker, Michael Dorgan does his own personal experiment with palm oil. He ate 3 muffins with palm oil every day for 6 weeks. Body fat analysis and blood tests were performed before and after. Besides the muffins, he ate his regular diet. After the 6 weeks, his total body fat increased from 4.6% to 7.4%. And, the fat accumulation was stored in his abdomen and particularly around his liver. So, the worst kind of fat to store, organ fat.

Now, obviously, a study of one does not quality as good research, yet don’t you think it’s interesting?

And, it started making sense why my gallbladder doesn’t like palm oil.

I would be completely remiss in any discuss of palm oil to not mention the environmental concerns. When the FDA finally got on board with the fact that trans fats are bad, palm oil became even more popular. Palm trees thrive near the equator, just like rainforests. What’s resulting is that forests are being destroyed in order to plant more palm trees to support our need to eat processed foods. Harsh rant and there’s more. Because the rain forests are being destroyed, there’s more carbon in the atmosphere and many species of animals are losing their homes, such as orangutans and certain elephants and rhinos.

The palm oil industry has become a billion dollar industry in the very recent past at the expense of indigenous humans, animals, and the environment, while likely causing those who consume it to progress into cardiovascular health issues.

In summary, eat real foods. Eat foods as close to how they are harvested as possible. Eat local foods. Avoid foods made in factories and you won’t even have to worry about this. I guess I’m lucky to have “my little buddy” aka my gallbladder. It’s there to signal me when I’m doing something sub-optimal for my health and in this case, sub-optimal for the well-being of our whole planet.

I’m still researching and learning about palm oil. If you have any resources or references, I’d love to hear about them. And, if you’re ready to move away from processed foods into more real foods, I’d love to be your guide. I’m currently taking new patients in my integrative primary care practice.

We respect your privacy.
You may opt-out at any time.